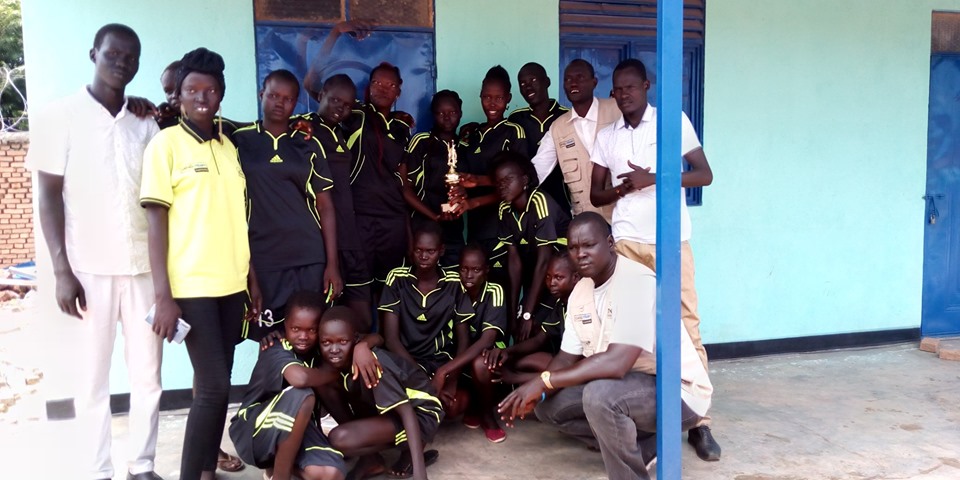 This pictures show the role played by ( ADMCRCT)The adolescent members of child right club for kuajok girls primary school.During the recent kuajok municipal sport for peace cup,they managed to win the trophy, that is worth of 50,000 SSP,and that was through the support from TOCH under adolescent programe in which they were trained on different life skills, including sport in kuajok girls CFS centre,as a result of their regular participation in sport since October last year,they got skills in volleyball and they were qualify to compete with the rest of volleyball teams in the state. After they won the battle,they came to TOCH office to give words of appreciation to TOCH organization for supporting them