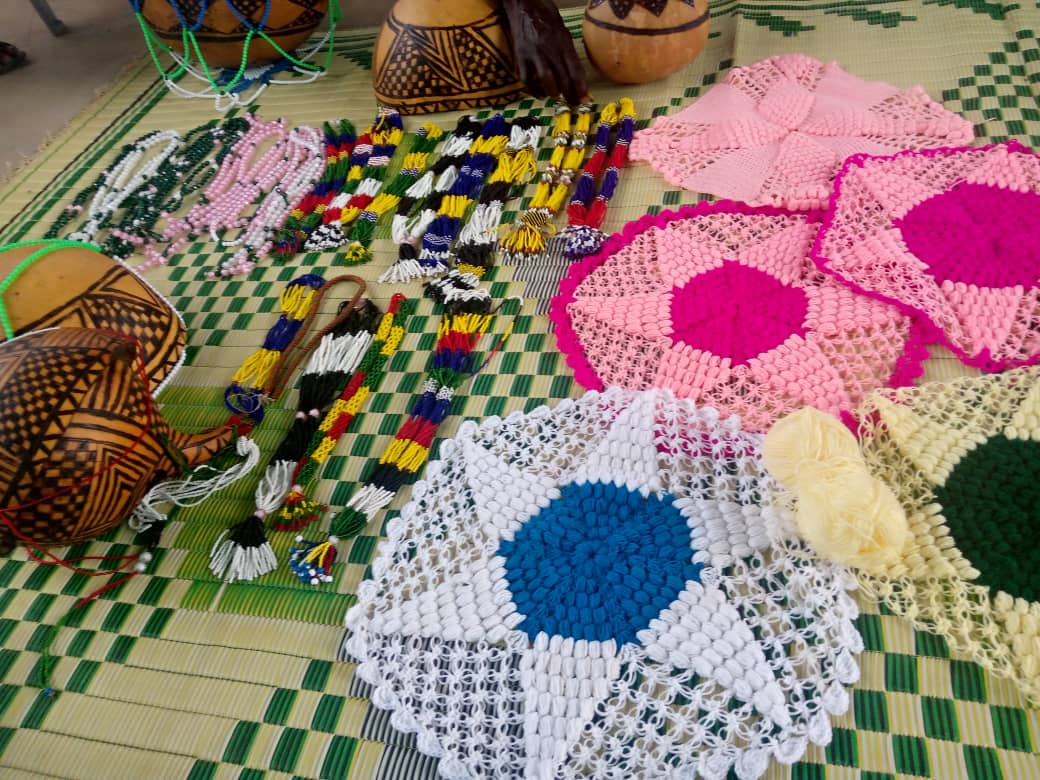 Tonj North County is inhabited by Dinka Rek section further subdivided into smaller sub-sections and clans. People depend largely on agriculture and pastoralism as the main economic activities.

Like in any Dinka society, the gender roles are clearly disaggregated and the society takes these roles very seriously and further uses them to judge the conformity of individual members of the society.

In addition, this community is home to some of the social norms that perpetuate structural biases and injustices mostly against women. Although sometimes against men.

For example, these norms assign the role of housekeeping to women and girls. The more a woman or girl works herself off in an attempt to meet this societal expectation, the more approval she receives not only from the members of her immediate family but equally from the wider society.

Unfortunately, these gender roles and expectations mean that women and girls go through physical and psychological hardships in silence while trying to fit into society. In addition, this society also pays a large number of cows in bride wealth subjugating the status of a woman to that of a commodity. The feeling of entitlement from husbands after paying the bride price means that a woman’s voice will never be heard both at the family and community level. The difficulty in securing divorce after paying the bride price also means women will have to stay in abusive relationships and this contributes to stress.

The most complicated aspect is the secrecy of the family which calls on partners not to disclose any abuse for fear it would shame the husband who is the head of the family. These complicated norms hinder women and girls from speaking out against abuses and seeking solutions and thereby suffer in silence. These cultural factors have been compounded by other factors such economic hardships brought about by climate-related climate change which has resulted to poor food production resulting to household vulnerabilities which exposed children and women to abuse as well as inter-communal conflicts in the area. In Tonj North in particular, alcoholism has led to increased violence mostly against women and children by men. Adut Akoc Majok, a chairperson of Tonj North women Union, highlighted the plight women have been going through. “Majority of women in Tonj North County live under precarious emotional and physical abuse both as a result of cultural biases and due to alcoholism across all the payams” she said. She added that the needs for support to women undergoing violence in the county are enormous that agencies like TOCH and NCA should scale their efforts to address them. She added that awareness campaigns launched by TOCH through NCA funding have enable women to report cases of violence. A PSS Facilitator in Warrap Women and Girls Friendly Space (WGFS) said that awareness raising is helping improve rate of reporting of GBV cases. “Women are slowly waking up from cultural subjugation but more still needs to be done to raise awareness and encourage women to speak and for them to be supported she emphasized.

Before TOCH received funding from NCA to implement GBV Project in Tonj North, women and girls had been experiencing Gender violence (GBV) perpetrated by intimate partners or other members of the family or community without any organization addressing the problem. Lack of The consequences of GBV cases were not being addressed either. The women did not use to get psychosocial support anywhere. In 2020, inter-communal conflict emerged with disastrous effects. Women, girls and children were part of revenge killing, displacement and destruction of livelihoods. As a result, women and children were among the most of the affected as they were exposed to GBV, hunger, malnutrition and diseases.

Following a need assessment in Tonj North and Gogrial East counties of Warrap State, TOCH is implementing a GBV response project in the counties with funding from NCA. The project aim at strengthening protection environment by empowering communities through knowledge and skills aimed at transforming dominant norms that perpetuate violence and toe provide lifesaving and accessible GBV response services through professional and ethical case management.

To achieve these objectives, TOCH and NCA established two WGFSs in Tonj North and an outreach centers in Gogrial East. The centers are offering PSS sessions, targeted PSS activities such as counselling and training on life skills to enable survivors to transition out of both misery of violence and economic hardships. In addition, TOCH is also organization outreach activities through mass campaigns aimed raising awareness about the harmful social norms and the existing GBV services through the referral pathways. These awareness sessions are organized in forms of neighborhood assemblies in which key messages are passed to men, women, girls and boys with immediate aim of encouraging reporting and long term goal of transforming harmful social norms. A women who was referred to Warrap WGFS with severe mental health problem shared how she got to know about the center through awareness session in Faraksika. “I was going a terrible trauma as a result of beating from my husband and hunger in my household to a point I was contemplating killing myself but a my neighbor told me about activities of TOCH who had organized an open outreach session in our village the previous day” she narrated. She added that she started attending PSS sessions and also attended one-on-one discuss with TOCH caseworker. “Within two weeks I was able to regain my senses and realized there were still solutions to my problems” she added. This survivor is just one of many women who have to endure violence in abusive relationships with little or no possible of getting out of it.

TOCH’s received encouraging feedback from individual women and groups who have observed drastic changing in the status of women in the society as a result of TOCH and NCA work. As a result of these stories of change, women leaders are requesting expansion of these activities to all the payams. Apiu Monylat is a chairperson of Awul Payam women Association. She said that activities are helping women improve their standing in the society. If TOCH and NCA get resource, we request both of you to also conduct these activities in all the payams, women are suffering all over these payams and need similar support.

TOCH work has managed to provide a friendly environment for women and girls that make them emotionally strong and calm. These have enabled them to cope again resilience through friendly activities in Warrap WGFS. This has been observed through physical look and interaction with others. Through the project support to PSS women, they have successfully recovered from stresses due to PSS sessions they receive and their interactions with friends in WGFS. They also learnt many new skills of making table cloths and beads for use and for economic benefit. They admitted this changes in their lives as many of them are appreciating TOCH and NCA and are now emotionally stable. Another survivor is a woman married into a polygamous family, she narrated that her husband abandoned her with five children after accusing her of resources mismanagement. The husband decided to focus on his other wives leaving her in economic destitution. “I used to depend on subsistent farming for the last three years but since eruption of conflict in 2020, I have not been able to access farms due to insecurity” she said. This is women is also one of many women that were rendered helpless after the conflict between communities of Leer, Noi, Awan, Atok, Nyang and Abiem displaced people and destroyed their livelihoods. She went on to narrate how skills she acquired at TOCH’s WGFS has enabled her to earn little income which she uses to feed her children. In general, women who have been part of PSS group sessions have reported marked improvement in their way of life. Many of these women testified that they are better able to handle their intimate partners in a way that avoids violence. This has reduced occurrences of violence at household levels.

While TOCH through NCA funding has managed to impact on some survivors of GBV, the need to challenge harmful social norms and strengthening both traditional and modern justice mechanisms remains a huge task. TOCH is working with other protection actors to advocate for gender-sensitive traditional and modern courts to ensure perpetrators of GBV are duly punished and thereby deter others from committing GBV. In addition, TOCH is working to raise awareness, empower women to be able to identify GBV which the traditional have normalized and report them for proper handling. Empowering women reduce their social and economic vulnerability and this has the potential to eradicate GBV in the long run. For example, women who previously vulnerable due to lack of means and lack of awareness, have now become economically and emotionally better and comfortable through activities they attend at WGFS in Tonj North. Speaking to TOCH GBV caseworker, leaders of PSS groups all appreciated the work of TOCH and NCA by providing them with platform to interact and discuss common problems facing and have now been able to resolve many issues which were responsible for rampant suicides in the past.

The Organization for Children’s Harmony (TOCH) was formed in 2008 when a group of concerned youths came together to discuss the rise of communal violence and subsequent insecurity issues affecting children, youth and women. Since its formation; TOCH works with communities through community participation and human rights based approached and its mission statement is “empowering grassroots communities to protect rights of children, mitigate and resolve conflicts in a peaceful and sustainable manner”.

TOCH is legally registered by the government of South Sudan as a National Non-Governmental Organization (NGO) in 2011 by the Ministry of Legal Affairs and Constitutional Development (No.1115) and with South Sudan Relief and Rehabilitation commission (SSRRC) (No.1086).