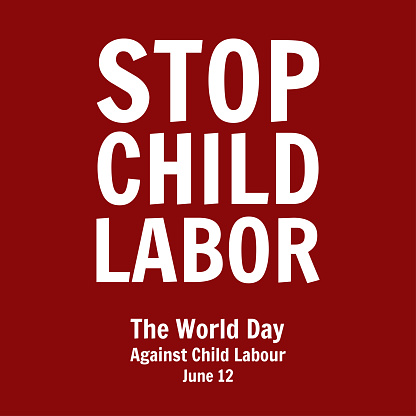 Today is World Day against Child Labor and the year 2020 focuses on the impact of crisis on child labor. The COVID19 health pandemic and the resulting economic and labor market shock are having a huge impact on people’s lives and livelihoods. Unfortunately, children are often the first to suffer. The crisis can push millions of vulnerable children into child labor. Already, there are an estimated 152 million children in child labor globally, 72 million of which are in hazardous work. These children are now at even greater risk of facing circumstances that are even more difficult and working longer hours.

Although South Sudan made some efforts to eliminate the worst forms of child labor as a result of the government acceded to the UN CRC Optional Protocols on Armed Conflict and Sale of Children, Child Prostitution and Child Pornography, and signed the Revitalized Agreement on the Resolution of the Conflict in the Republic of South Sudan. The South Sudan Disarmament, Demobilization, and Reintegration Commission also secured the release of children from armed groups and launched several new policies, which have impact on child labor.

Despite these initiatives to address child labor, South Sudan still engage children in the worst forms of child labor, including in armed conflict, cattle herding and those working and loitering on the market. The labor inspectorate also does not have sufficient resources to conduct labor inspections and did not hold accountable perpetrators of child labor. In addition, the government has yet to ratify the Palermo Protocol on Trafficking in Persons and police continued to indiscriminately arrest and imprison children engaged in commercial sexual exploitation rather than treating them as victims.

In remembering this dedicated day to reflect on the impact of labor on children, TOCH joins the rest of child protection actors to commemorate and observe the day with greatest concerns. TOCH call upon the government and all child protection actors to bring the issue of child labor into their attention by reflecting on the negative effects on their physical, mental, psycho-social and educational development.

TOCH is a child focus organization which works to serve children’s ministry through developmental initiatives, empowerment and advocacy for grassroots communities in pursuit of change for a just and sustainable peace in the society. TOCH does it’s advocacy programs through children, youth and women on issues affecting them especially conflicts with its factors and consequences